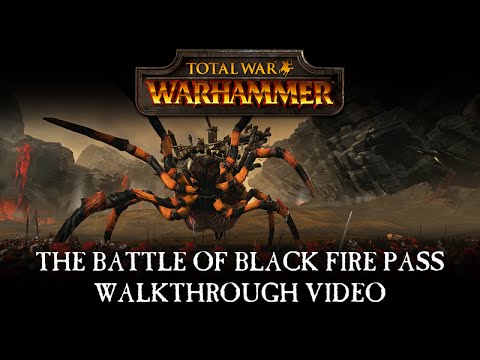 00:10:46
This spectacular scripted battle taken from pre-alpha game code, formed the basis for this year’s Total War: WARHAMMER E3 press demo and depicts a mighty clash between the forces of the Empire led by Emperor Karl Franz and a Greenskin horde led by Orc Warboss Grimgor Ironhide. This full and unedited capture of the demo, accompanied by developer commentary, offers an early glimpse at some of the fantastical battlefield units, spells, war machines, and monstrous creatures that will appear in the final game.

The Battle of Black Fire Pass will feature in Total War: WARHAMMER as a Quest Battle, available specifically to Karl Franz, and is just one of the many unique missions you can undertake as you progress through the Grand Campaign.