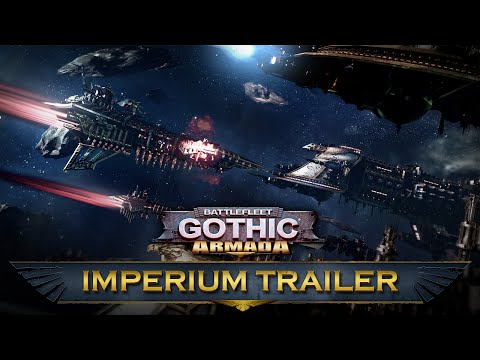 The Imperial fleet ships are not the fastest nor the most powerful in Battlefleet Gothic: Armada, but a millennia of war has made them tough nuts to crack. Let's delve into the intricacies of these battle-hardened goliaths!

Defined by dense void shields and metres thick armor, these ships can adapt to any kind of battle situation. Their torpedo strikes and devastating Nova cannon blasts are enough devastate most opponents. Any that do survive are quickly dispatched by the powerful broadside armaments, while the Imperium ships' armor and shields ensure they survive the encounter.

If your targets are not shredded by your barrages of torpedo strikes - or, if your ships are equipped, devastating Nova cannon blasts - your powerful broadside Macro-cannons and Lance batteries will make short work of what's left of the enemy.

As a last-resort, remember the ships are well-armored and can take quite a beating. This means that ramming your prow into the hull of an enemy ship can be a surprisingly effective tactic, especially if your target is of a smaller class.